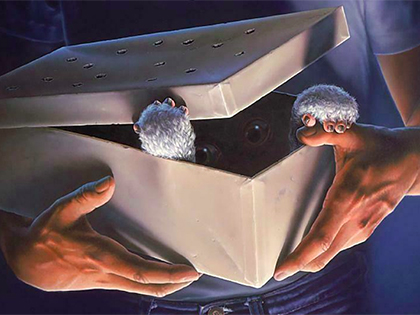 Just when you thought it was safe to go out again...

Jan Brown left Wales as a teenager to experience the wider world. Now retired, she's back in her homeland where she can't stop writing.

"I grew up in Powys, Llandrindod Wells and left at 18 to train as a teacher in Chester," says Jan. "I worked in many parts of the UK and in South Africa for a couple of years."

After an adventurous life, she finally returned to Powys in 2017. "Like so many others, the call to home was too strong to ignore."

Retirement hasn't seen her put her feet up, however. Jan has been writing for a few years, now, and has already self-published two books. What's more she recently signed a publishing contract with Y Lolfa to publish a third novel, People Like Us, based on the true story of her great grandmother who was cook/housekeeper at Gregynog Hall near Newtown in the late 1800s.

People Like Us is due to be published in early 2022, but already Jan is working on her next novel, about the Ashford Welsh Girls School which was evacuated to Powis Castle during WWII.

Her short story, The Gremlin, however, is very different. It concerns a condition that's on the increase in the wake of the pandemic, and offers an interesting take on how to deal with it.

"I lived with anxiety for many years," Jan reveals, "and found that by naming the dreadful feelings, I was finally able to gain control over them. This was the inspiration for the story."

If you feel inspired to write, Jan also runs a writing group near Oswestry. "We hope to resume meeting in person in May this year," she explains. "Beginners are welcome." See below to get in touch for more details, after The Gremlin...

THE GREMLIN
by Jan Brown

The air was thick with the pungent salty smell of cheese. White, crumbly Caerphilly rubbed shoulders with soft rounds of Dewi Sant goats’ cheese, and behind those, great slabs of Shropshire Blue, Pwll Mawr Cheddar and heavily veined Perl Las all added their own special scents to the stall’s aroma. The market was busy; it was mid morning on a Thursday and trade was good. Trevor the stall holder was on fine form; his good humoured repartee peppered with risqué jokes and saucy suggestions was well-received by his female customers. His harmless flirtations and outrageous compliments were as much an attraction as his wide selection of cheeses.

The ladies stood patiently waiting their turn, enjoying the free entertainment, relishing their own moment in the limelight when their new hair style or outfit would be noticed and complimented. Their hand would be held for just a moment too long as Trevor’s warm fingers pressed change into their hands, at the same time passing across the neatly wrapped wedges of cheese as if they were a lover’s offering.

In the midst of this weekly ritual of seduction and bartering, no one appeared to have noticed Gwyneth. And if they had, they’d have supposed she was merely eyeing up the selection of cheeses before making her choice. She stood slightly to one side, holding firmly to one of the wooden struts supporting the stall. To anyone glancing her way it’d seem she was just resting her hands on the rough timber. Only Gwyneth knew that the slender wooden frame was the one thing preventing her from collapsing to the floor in a heap.

She’d thought today was going to be a better day, a good day even. She’d slept for most of the night, woken with only mild pain in her neck and shoulders, and on opening the curtains had been cheered by the blue sky and soft, white clouds scudding past the roofs opposite heading for the tall trees beyond and the wide expanse of the valley. Showered and dressed she’d managed to eat her breakfast of porridge and toast without the choking sensation so often present which could close her throat to all but liquids.

After such a promising start she’d felt brave enough to consider a trip to town. Keeping her mind focused on the morning chores, recalling the lessons from the mindfulness book she’d recently read, she washed the dishes with careful attention, made her bed, swept the hearth clear of ashes from last night’s fire and laid it again in readiness for the evening. As she twisted the newspaper into coils, she forced herself to pay attention to the crackle of the paper, the tension in her muscles as she twisted each sheet into a tight knot, before laying kindling and small pieces of coal on top. Finally, with all tasks completed, she added a quick coat of lipstick, put on her coat, tied a soft scarf around her neck and was ready to go. Not giving herself time to consider the outing she left the house, slamming the door behind her, and walked briskly through the small cul-de-sac and joined the main road.

She’d enjoyed the walk in, through the park and along the canal path, had smiled at the antics of the ducks with their ducklings, felt her spirits lifted by the sight of the daffodils and narcissi blowing gently in the April breeze. Her shopping list was short: bread, milk, yogurt, apples, cheese and a reel of blue cotton. The first four items presented no problem; she’d walked around the small Co-op supermarket, adding items to her basket, paid and left without needing to say more than “thank you” to the young girl operating the till. These small achievements had convinced her that today she could handle the market. Today she’d be able to deal with making conversation.

The stone walls and floors of the old market hall had spread their cold fingers around her body as she’d turned in and left the warm spring sunshine behind. Quickly, before losing her nerve, she’d walked across to the haberdashery stall and found the thread - Cobalt Blue - that she needed to finish her patchwork cushion. The young girl running the stall had a too-long fringe covering heavily made up eyes and a sulky expression. She was in no mood to chat, clearly wishing she was somewhere else, and Gwyneth had breathed deeply, relieved not to have had to make small talk as she’d paid.

It had been many months since she’d felt able to visit Trevor’s cheese stall, knowing it was impossible to make a purchase and avoid conversation. It was many weeks since she enjoyed the sweet, but salty taste of damp and crumbly textured Caerphilly. Concentrating with every fibre of her mind on the fact that she could do this today, she’d walked across the cold, cobbled floor. And just as she’d reached the stall, which was in fact within smelling distance of the cheese, it had hit her. Violently, suddenly, out of nowhere she was whirled in to the vicious centre of panic. It was there on her shoulders, gripping her by the neck, forcing her muscles to harden, her throat to close. Her fear was so overwhelming that she was forced to grip the wooden frame for support.

Feelings of shame, weakness, frustration and anger coursed through her body. Her head felt light, her brain vague, thoughts confused. Sweat poured between her breasts and ran in rivulets under her clothes causing her to shiver uncontrollably. The Gremlin was back with all his armoury of fear, anxiety, panic and confusion.

She’d named the awful sensations “The Gremlin” some months ago as her symptoms had worsened, and in a small way it made it easier to deal with. If you’d asked her to describe The Gremlin, Gwyneth would have told you it was a foul creature. Toad-like in appearance, it always sat on her left shoulder, its weight crushing her bones, causing a deep ache and muscle pain that would last for days after an attack. The Gremlin was cold, slippery and vigilant; he moved quickly out of her grasp and she’d never been able to catch him. How she would love to be able to grab hold tightly, to batter him senseless, to hold his head under water, to throw him under the nearest fast-moving vehicle. Anything to be rid of him and the way he made her feel.

In reality, Gwyneth knew the only way to deal with him was to stand perfectly still, to use all her courage and strength to allow all the frightening feelings to simply flow over her, to accept them, to acknowledge the fear that she felt and then to focus steadily on the world around her. That was exactly what she was doing now. Keeping her eyes on the array of cheeses in front of her, counting the bright red, flower-shaped buttons on a young girl’s jacket, letting her heart rate return to normal as she listened to Trevor’s prattling nonsense.

“Looking lovely you are this morning, Mrs Llewelyn. New scarf is that? Expect it was a birthday present. Your fortieth was it love?”

The soft laughter from the waiting customers, who could see that it was many years since Mrs Llewelyn had seen her fortieth birthday, covered the sounds of Gwyneth’s soft outgoing breaths as bit by bit she felt her body begin to relax. The Gremlin’s hold lessened and she knew that in a few more moments she would have composed herself sufficiently to be able to loosen her grip on the wooden frame, to smile at those around her and make her way out of the market hall.

There would be no cheese for her today; the fight had taken all her strength and resolve and she had nothing left in her, certainly not enough to be able to deal with Trevor’s banter, or even to be able to ask for what she wanted. Perhaps next week it would be easier.

For more information about Jan, her books and the writing group she runs near Oswestry in Shropshire, visit www.janbrownbooks.com

Have you got a short story or book excerpt you'd like to share with readers on our Creative Corner pages? Send it to newsletter@borderpublishing.com and include a bit of background about yourself, what inspires you, etc.

The Merry-Go-Round - Beware the online dating game - it can leave ...