A glamorous country house at the centre of a successful wine estate, complete with vineyards, outdoor heated pool and tennis court

Just 13 years ago, Richard and Joy Morris planted the first vines on their land, situated at the edge of the market town of Monmouth.

Since then they’ve grown Ancre Hill Estates into one of the prime producers of wine in the region. And now the door’s open for someone to take over the business, and live in the luxury of a 19th-century period home surrounded by vineyards. 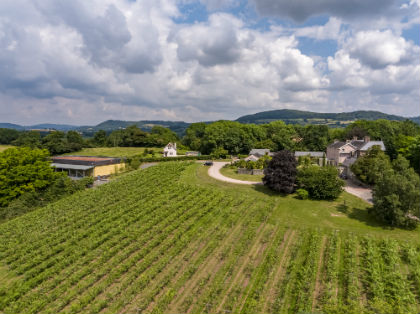 The main house, originally a Welsh longhouse, is a grand building with ornate plasterwork and marble fireplaces. It comes with a wonderful Mediterranean-style garden with exotic trees and a heated pool.

There are six bedrooms in total, plus an orangery, a garden room that can seat up to 30 people, and a tennis court.

Also on the estate are two cottages – one with two bedrooms and another with three – plus planning permission for a third property. 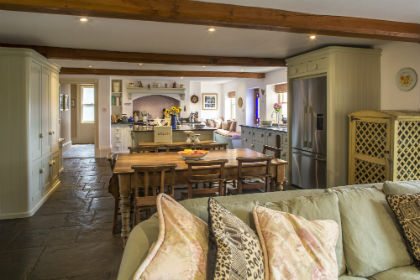 The winery, meanwhile, is a model of eco-friendly construction, being made of straw bales and lime mortar, and having a grass roof, internal air cleanser, and a reed bed for disposing wine waste.

In addition to Ancre Hill, Richard and Joy bought Newton Court Farm in 2014, which is included in the sale. This has a lovely 18thcentury four-bedroom farmhouse, and numerous outbuildings.

Crucially, the farm offers the chance to produce three times the amount of wine. Vines have been planted on 30 acres at present, but a further 57 acres at Newton Court have been identified as being ideal for more planting, potentially increasing production from around 100,000 to 300,000 bottles per year. 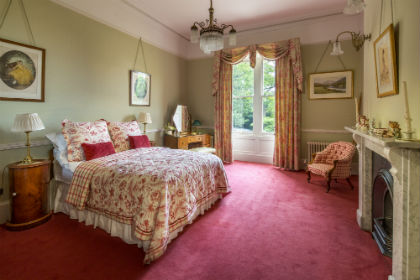 And if that’s not enough, the business also makes around 5,000 litres of cider annually, too.

Chris Spofforth, from Savills estate agents, says Richard and Joy have “paved the way for a new owner to take Ancre Hill to the next level, and build on a brand that has potential to become a dominant force in the UK viticulture market”.

If you love British wine and want to take on an already successful business, while living in the luxury of a grand country house, then take a look around this estate and see what possibilities it holds. 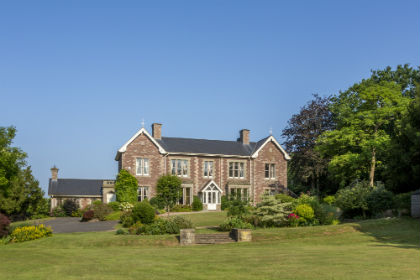 Ancre Hill Estates – One of Britain’s prime vineyards, situated over two sites, with a main house, farmhouse and two cottages

Bedrooms – Six in the main house, four in the farmhouse, three in one of the cottages and two in the other

Land – Over 137 acres across the two sites, 57 of which offer the potential for further vine planting 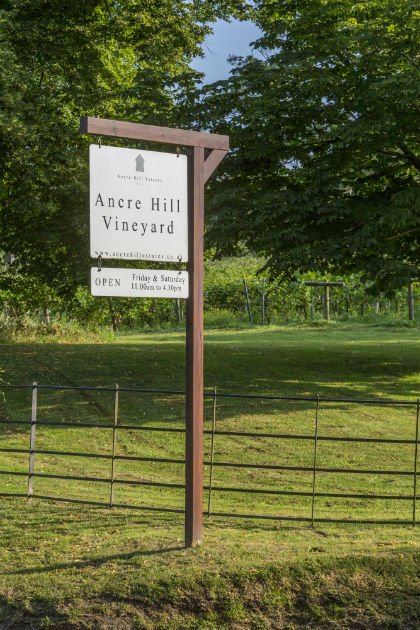 Ledbury lettings - With the boom in staycations, there’s n...

A Monty Mansion - Set within 14 acres of glorious Montgomeryshi...