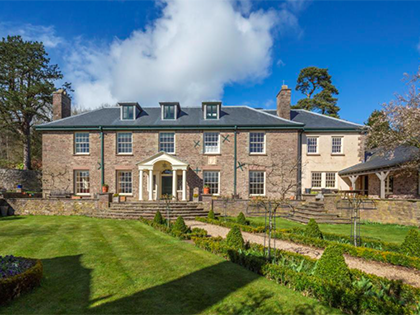 The property market may have gone crazy over the last year, but if you’re lucky enough to do your financial sums in the millions, rather than the thousands, there are some incredible houses for sale in Wales.

For £4.5 million, Great Campston, near Llanvihangel Crucorney in the rolling Monmouthshire countryside, offers the ultimate in luxury country living for one lucky, and let’s face it, rather wealthy family.

With eight bedrooms, six bathrooms, six spacious reception rooms, as well as 276 acres of land and numerous outbuildings, space will certainly not be a problem. To help pay the potentially hefty mortgage, Great Campston does come with an income from a tenant dairy farm, as well as a pretty period holiday let and a tenanted bungalow. 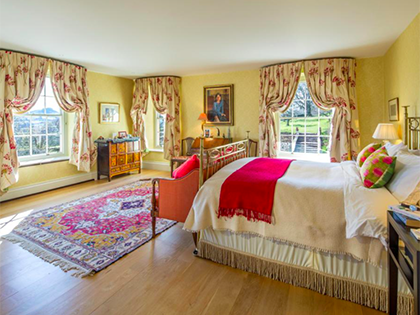 You will be buying a piece of local history, as while the earliest parts of the present house dates back to the 17th Century, there has been a settlement on the site since at least the 12th century.

It has its origins as a monastic grange belonging to the Cistercian Abbey at Dore and after the Dissolution of the Monasteries in 1536, Campston was granted to John Cokke of London and in 1600 came into the possession of John Pritchard. The Pritchard family lived here for many years and Charles II was entertained at Great Campston in 1645 on his way to Raglan. The Battle of Campston Hill, where Owain Glydwr suffered a heavy defeat in 1404, is thought to have been fought on the property.

The current owners have lived here since 2002 and have spent a great deal of that time rebuilding parts of the property and renovating the interior which is sympathetic to the era it was built. For instance, there is parquet flooring, plaster moulding, frame and panel wainscoting featured throughout the house and an impressive stone staircase with hand-forged wrought iron balustrade, as well as a marble mantelpiece with Wedgewood Jasperware plaques in the drawing room. 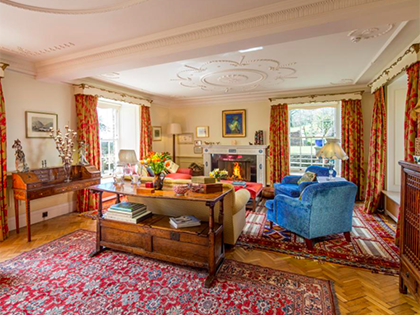 As well as honouring the property’s history, the house does not lack mod cons and has its own cinema room, as well as a state-of-the-art kitchen with handcrafted island in the centre. For wine connoisseurs, a temperature controlled cellar has extensive dry storage capacity, is naturally ventilated and maintains the correct temperature.

Apart from the main accommodation in the house, the Billiard Room is a two bedroom cottage located in the grounds, comprising of a kitchen and living room, two bedrooms and two bathrooms, which the vendors currently let as a holiday rental. 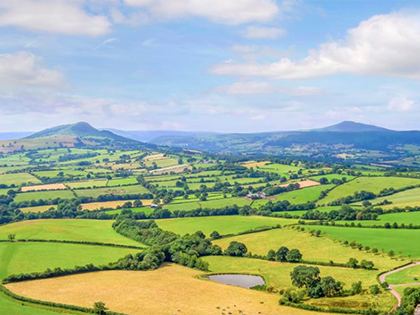 Great Campston has stunning views over the Welsh Marches towards the Skirrid, the Sugar Loaf and the Black Mountains. Nearby are the villages of Pandy, Llanvihangel Crucorney and Grosmont, where local amenities are available and Abergavenny is just seven miles to the south west, while Crickhowell is just 12 miles away. The larger country capitals of Hereford and Monmouth are also within easy reach.

Great Campston is on the market for offers over £4,500,000 with Powells Estate Agents in Monmouth. For more information visit: www.powellsrural.co.uk

Shakespearean stunner - Own a piece of Herefordhire history by snappi...

Topsy-turvy retreat - Just a mile from the beach, this Pembrokeshir...

Bala bargain - If you’re prepared to brave the auction...