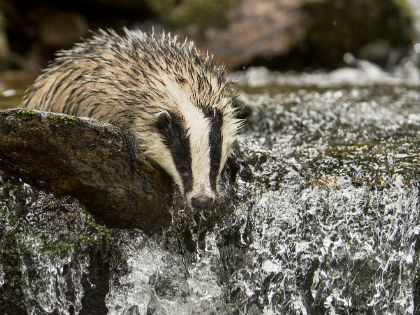 Nearly half of our species have declined since 1970... but it's not all bad news

Wildlife in the UK is in serious trouble, according to the newly-released State of Nature 2019 report.

Compiled by experts from a number of nature conservation organisations and government agencies, the report revealed that 41 percent of species have declined in numbers since scientific monitoring first began back in the 1970s.

Even more worryingly, 133 of the species assessed have now disappeared from our shores entirely.

Butterflies have been hit particularly hard, with numbers down by 17 percent, while moth populations have dropped by a quarter.

In Wales, the research found that birds like the turtle dove and corn bunting have vanished, while mammals including the red squirrel and water vole are at risk of following suit.

Both climate change and loss of habitat to agriculture – currently 88 percent of Welsh land and 69 percent of English land is used for farming – were attributed as the biggest reasons behind the dramatic drop in wildlife numbers.

It’s not all bad news, though – over a third of species populations remained stable, while 26 percent rose in number.

Support for conservation is on the up too, with time donated by volunteers rising by 46 percent since 2000. Humans have also been helping animals in other ways, with folks in urban areas supporting populations of badgers (pictured), hedgehogs, foxes and birds by leaving food out for them.

Following the report, Sir David Attenborough called for the establishment of a joined-up network of habitats that would allow wildlife and people to thrive together, to be set in law.

“A wildlife-rich natural world is vital for our wellbeing and survival,” Sir David said. “By joining up wild places and creating more across the UK, we would improve our lives and help nature to flourish – because everything works better when it’s connected.”