A drink for the birds 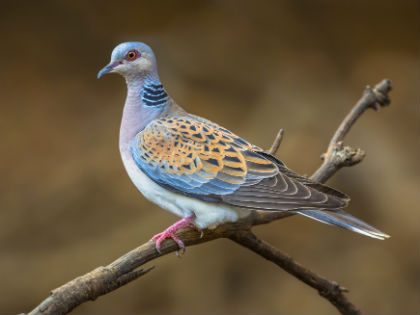 Dovecote Brewery in Denbigh are releasing their Turtle Dove tipple in memory of the bird made famous by the carol The 12 Days of Christmas and with part of the proceeds going to the Royal Society for the Protection of Birds (RSPB). 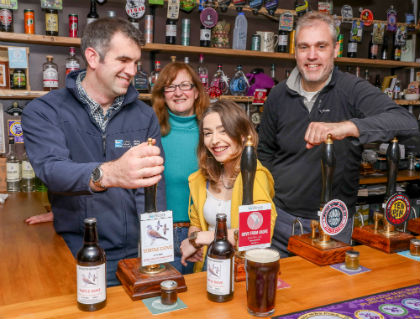 Turtle doves are now extinct in Wales but micro-brewers Richard and Sue Green, from Tremeirchion, are hoping that donating 10p from the price of every pint of Turtle Dove sold will help other rare species like the curlew and the black grouse and might even encourage the turtle dove's return.

The beer has been specially brewed by Richard and is on sale at the Salusbury Arms, the pub in their home village of Tremeirchion, near St Asaph, which the couple recently took over and re-opened after it had been closed for 14 months.

It has also gone on sale at the Dove micro pubs in Rhyl and Prestatyn as well as the taproom at the brewery and at the Hoptimist chain of micro pubs in Abergele, Rhuddlan and Llangollen they run in partnership with Cwrw Ial, the Eryrys-based microbrewery. 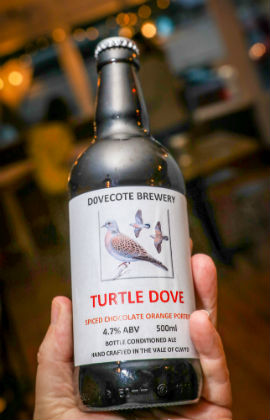 The idea for the charity support came from Dove Rhyl manager Lauren Howell who said: "I saw a story about the extinction of the turtle dove in Wales and I thought it would be good to support the RSPB to help other endangered species.

"I had a word with Richard and Sue and they thought it was a great idea and we really made it happen quickly and it's getting the thumbs up from our customers too."