Close encounter of the kite kind 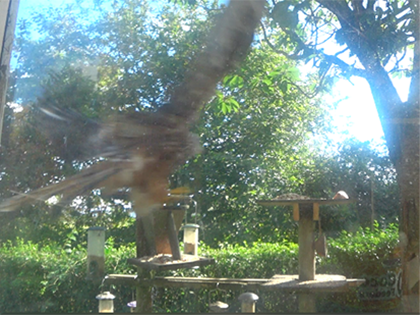 Reader Diane Sayers from Lampeter in Ceredigion was inspired to get in touch after reading Iolo Williams' column in the November issue of Welsh Border Life.

Iolo had been remarking on how red kites had nested within 200 metres of his kitchen window. It was the first time the raptors has made their home in Iolo's village in almost two centuries. Now he sees almost as many red kites as he does buzzards.

"I thought I would send you this [video]," says Diane. "One of the regular visitors to our bird table."

Iolo Williams - Lockdown is difficult for most of us, Iolo in...