The waters of the Celtic Sea and the adjacent Welsh coast teem with life and diversity, which is why it was recently the focus of a BBC series, Wonders of the Celtic Deep. Now a new book has been launched to accompany the TV programme.

Battling through the restrictions and added pressures of the pandemic and much-reduced timescales, the team persevered to capture rarely seen animal behaviours and environments, such as the unique high-frequency dialect used by Cardigan Bay’s bottlenose dolphins and the congregation of vast basking sharks, giving an amazing new picture of the world around our shores.

Introduced by Dale Templar, executive producer on the series and managing director of production company One Tribe TV, who created the show, and written by series producer Sally Weale and series director Anne Gallagher, the book’s four chapters follow the four one-hour episodes. 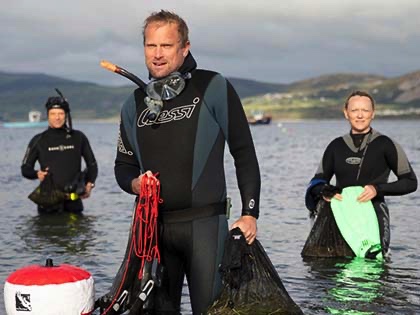 In Coasts, the journey begins on the rugged edge of Wales, exposed to fierce weather and rich with Celtic myth and legend. Here the rocky sanctuaries of the Atlantic grey seal and the seabird city of South Stack, Anglesey are explored. In Shallows, just beneath the surface lie environments as complex and diverse as any found on land, with species taking residence in the canopies of kelp forests and amongst submarine reefs and cliffs and underwater desserts.

The Deep, difficult to reach and least well known, follows, which posed some of the most difficult challenges to filming but yielded some of its greatest rewards. Finally, Heroes completes the book, where we learn of the stories of a number of determined individuals and organisations who have set out to vitally turn the tide on the harm that climate change and pollution threaten on these natural wonders.

Rigorously researched, setting out key information on each of the species encountered, the book contains a wealth of detail, illustrated with more than 300 images, including many stills extracted from the original UHD series footage. The behind the scenes stories of the difficulties and ultimate successes of the team’s work follow at the end of each chapter, giving an exclusive insight into the efforts and dedication required to produce such results.

I am thrilled with the Wonders of the Celtic Deep book, it is a perfect accompaniment to the TV series,” says Dale Templar. “It absolutely encapsulates the heart and soul of the show, with it’s glorious photography and fascinating content. Perfect for anyone who wants to know more about the making of the series and the marine life in the seas around Wales.”

Wonders of the Celtic Deep is a brilliant guide for readers to take their own journey into these environments and discover the richness and variety that it has to offer.

Big Wild Hallowe'en - Get up close and personal with nature this ha...

Iolo Williams - Iolo extols the virtues of hands off gardenin...

Iolo to the rescue - Iolo Williams offers his expertise on a reade... 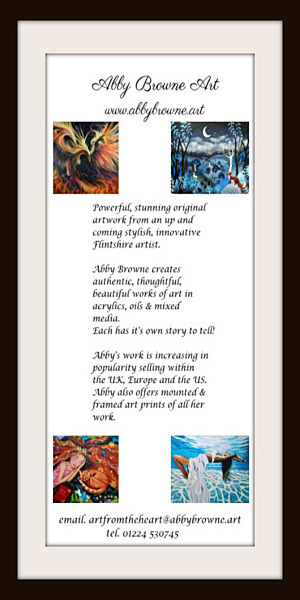