Marc was born and raised in West Sussex. He now lives in Dinas Cross near Fishguard, Pembs. Marc receives commissions for his work and undertakes projects such as school workshops and wedding celebrations.

“My friend Jason helped me with this and we also had help from a guy who happened upon us. My favourite part is the middle, where the three of us lay down and drew round our bodies and then made rings following those shapes.” 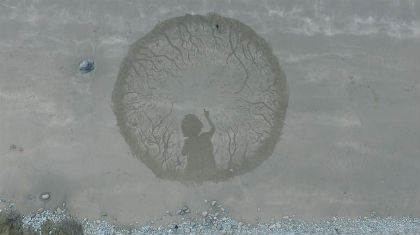 “My favourite thing about this piece is the dreamlike element to it – the child pointing into the light as encroaching foliage and branches surround her. The hardest part to get right was the shape of the child. At one point I had to redo her left elbow as it was all wrong. As it is, I think the shape could have been better, but it’s ok. It looks as though she might be wearing a nightie or something.”

“The symmetry of all my designs is created using the very simple tools of sticks and string – these create a compass and a straight edge. This is the famous 11-channel labyrinth found on the floor of the nave of Chartres Cathedral in France. It was created for a community event during the autumn equinox, so the labyrinth created something that everyone could be involved in. The setting sun came out briefly from behind the clouds and created those beautiful shadows from all the people.” 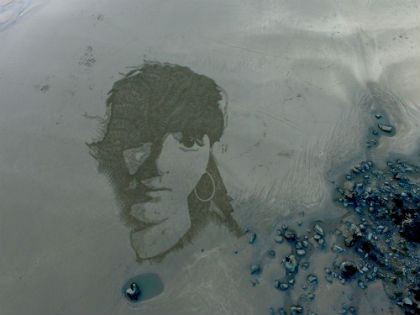 “Lily is actually my niece. This piece was created on Whitesands beach near to St Davids. It was created from a photo that my sister sent me and was an 18th birthday gift to Lily from me. It was about 40 metres long.” 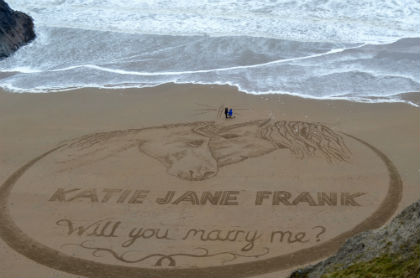 “This was a commission I did for a young Australian man who’d contacted me some months beforehand. He was coming to Wales with his girlfriend to see family and during that time he had the plan to propose at Mwnt using my help. We exchanged many emails prior to the day and everything was planned. Initially he’d asked me to make a drawing of her car. I managed to persuade him that this might not be the most romantic of subjects, so he came up with the horses instead. On the day itself the winds were almost storm force. It was the windiest conditions I had ever worked in. However, I created their design, they appeared at the clifftop, the young man got down on one knee, there were tears and she said yes!”

Scroll down to see more of Marc’s work… 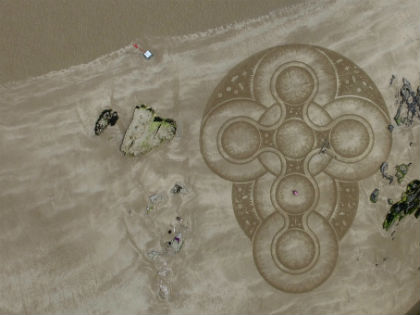 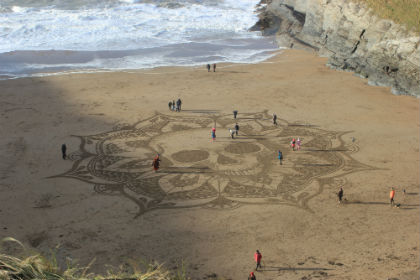 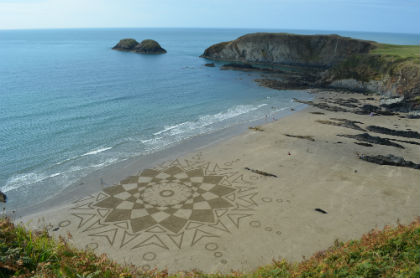 The secret six - Putting aside money and getting it to work fo...

Jules' property predictions - The dramatic turnaround in the property ...

No place like Skomer - Skomer Island has now re-opened to visitors, ...

ESCAPE TO THE WOODS - We're all craving space after a year of Covid...