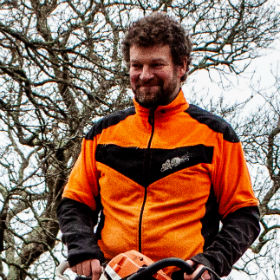 Simon lives in Cefn Mawr with his wife Liz. He has a degree in Illustration and used to be a tree surgeon, but for the past 13 years he’s worked full time as a tree carver from his workshop in Rossett near Wrexham.

Above: Emerging Dragon – “A commission for someone’s garden, I made this using a fallen beech tree. As beech doesn’t last a long time, I set out to create something that looked impressive but wouldn’t take ages. I used the shape of the tree to give the impression it was hiding the dragon.” 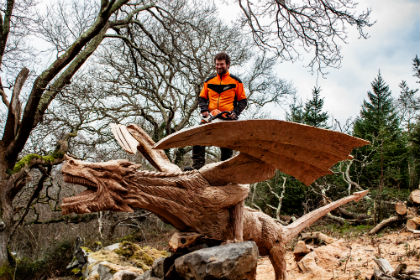 “I knew this would attract attention. The landowner who commissioned it asked me to create a dragon from a huge fallen section of oak in his arboretum, which he wants to open to the public. It was a huge log lying across a rocky outcrop, jutting out over the edge – it really fired my imagination. Most of the design was done in my head the morning I arrived on site. And though I usually make sculptures out of just one piece of wood, on this occasion I decided to make additions because I wanted the presence of the dragon’s outstretched wings and the effect that would give. This carving made the news – because it’s visible from the road, some motorists were slowing down to look at it and there was a small prang.” 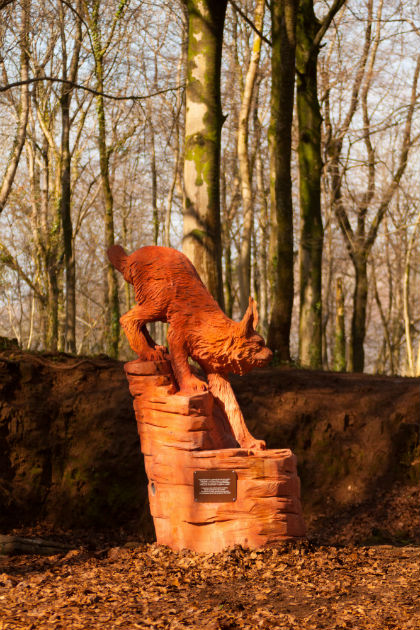 “This was one of 10 sculptures I produced for a woodland trail at Fforest Fawr near Cardiff. The installation was highlighting species that used to live in the area once upon a time, such as the lynx – found here in the 1200s – the pine marten, red squirrel and wolf. I also wrote a short poem to accompany each carving. I love working with wood – it’s such a beautiful, warm material – and will sometimes alter a design to show off its natural grain.” 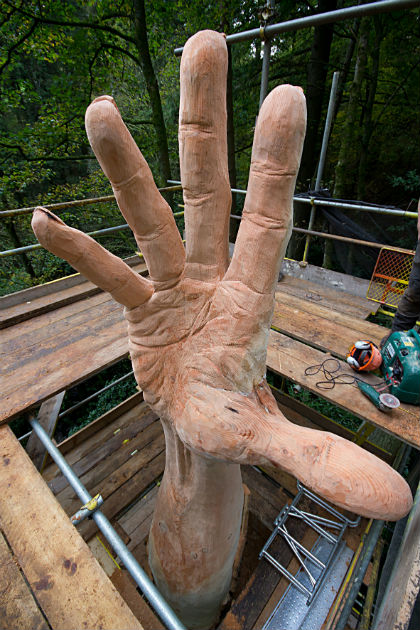 “I enjoyed producing this piece for Lake Vyrnwy, for Forestry Commission Wales. They sadly had to fell Wales’ largest tree, but kept 50 ft to turn it into art. I was one of eight artists who came up with a design proposal. Because it had been Wales’ tallest tree, and was one of an ancient clump of Douglas firs named ‘the giants of Vyrnwy’, I liked the idea of a giant hand reaching up like the tree’s last attempt to reach for the sky.” 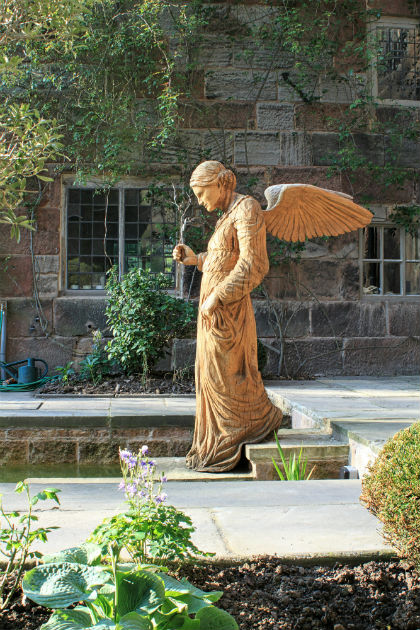 “This was a fascinating commission for Biddulph Old Hall, Staffordshire, a private house that opens to the public from time to time. The hall was once owned by a pre-Raphaelite painter called Robert Bateman, and this statue is an exact replica of the angel in his picture, The Pool of Bethesda. Obviously there’s only one side to a painting, so I had to imagine the rest. The hall’s owners then landscaped the garden around the sculpture and created the pool.”

Scroll down to see more examples of Simon’s work… 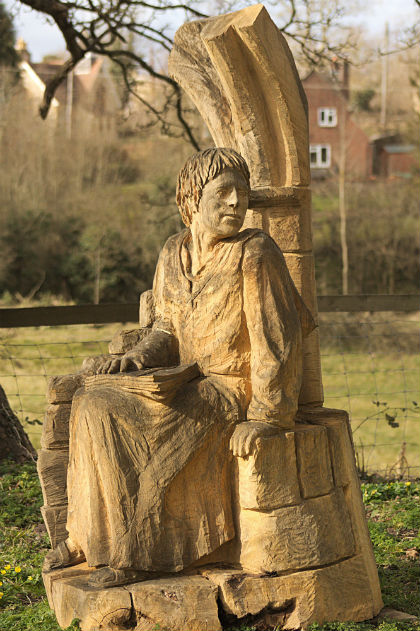 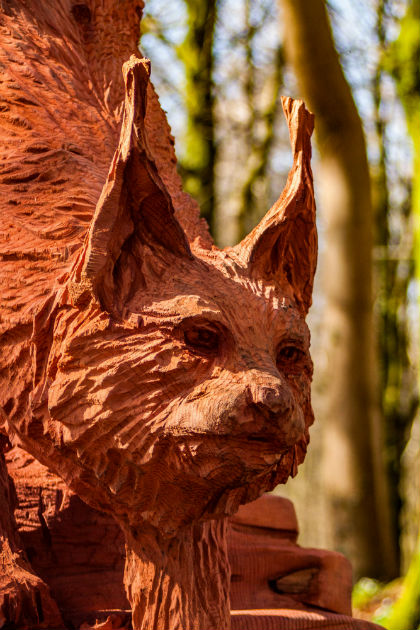 Help is at hand - Check out the services and community initiati...