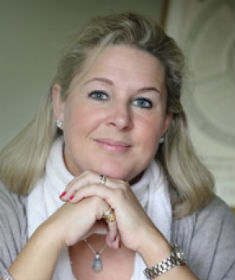 Clare Villar – originally from Worcestershire, Clare lives in Yarpole with husband John and daughters Katie and Amelia. She has a degree in Illustration from Falmouth College of Art, and now works full-time on her commission-based pet and animal portraiture and military art. Famous clients include talkshow host Trisha Goddard and fashion designer Louise Kennedy.

Above: Rainbow Trout – “A famous fishing shop in London called Farlows loved this and my other fish portraits so much they now sell prints of them.” 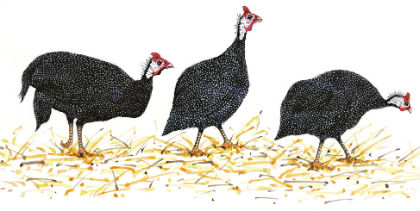 “This was a commission for a family down the road from us who wanted a painting of their three pet guinea fowl. I went to take photographs of them to work from – which was a challenge as it’s hard to get that close; they see you coming a mile off and make such a racket, which is why people use them as guard animals. But guinea fowl are real characters and such fun to paint, with their bold colours and spots.” 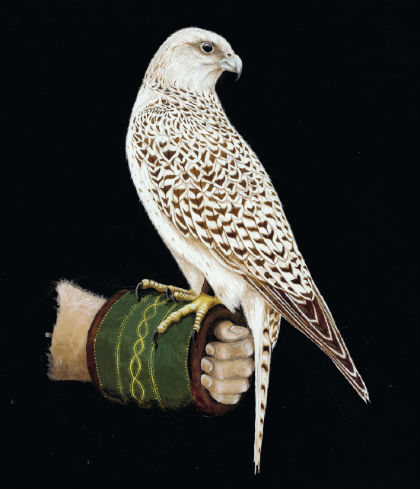 “I love birds of prey and find them fascinating. I was also trying to do something a bit different, to diversify. I was pleased with this, particularly the detail on his feathers.” 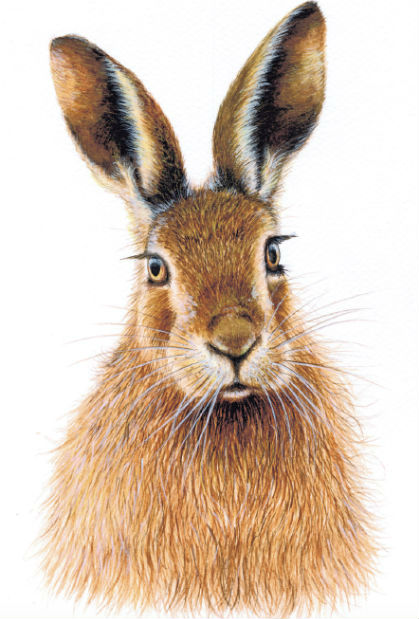 “This was a wonderful commission I received from a chap called Rob – from the Minsterley Show, where I used to exhibit – who had a cottage called ‘Hare’s Butt’. I’d never painted hares before, and had no idea that so many people were obsessed with them. Rob was so thrilled, he and his daughter took me out for dinner to say thank you. All my pictures have stories attached.” 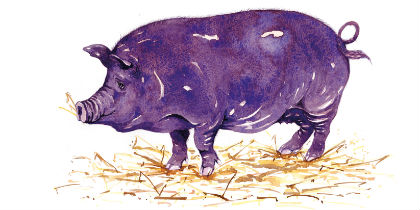 “Another commission for a friend, I painted this one evening and probably had two glasses of wine too many. When I saw it the following morning, I thought ‘oops, it’s very purple’, but I sent it to my friend and she loved it. It’s been one of my bestsellers. The moral of the story is to have another glass of wine!” 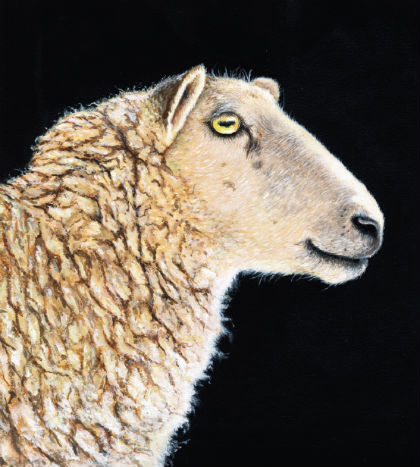 “I painted this pet sheep for a work colleague called Val. It was my first time using acrylics, so I didn’t yet know what I was doing. But I was really pleased with how it turned out, especially the texture of the fleece and the colour of the eyes. Although I’m trained in illustration, I’ve taught myself how to paint animals.” 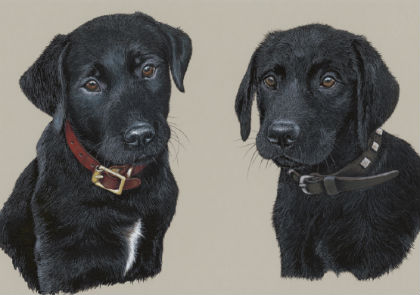 “Every year, Nick Mason, Pink Floyd’s drummer, opens his gardens to the public to raise money for charity. Through a mutual friend, I was asked to have a stand. When I was there Nick asked me if I’d paint his black Labrador. Anyway I ended up painting all his six-month-old Labrador puppies. Then Nick came back to me about 12 months ago and asked me, now that the dogs were three years old, if I’d paint them again.”

Art therapy - After weeks in lockdown, our nation's talente...