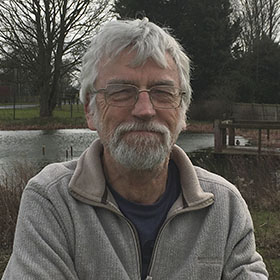 Originally from London, John travelled the world before moving to the Welsh Borders in 1975, and lives near Oswestry with wife Helen, son Tom and their cat, Carrot. A freelance illustrator for over 40 years, for the likes of Welsh Border Life, BBC, Osborne Books, and the Sunday Times, John’s work has appeared in more than 250 children’s titles.

ABOVE: Down Hill All The Way

“This imagined scene is based on the view from the top of Bwlch y Groes, looking down the formidable hill that leads to Dinas Mawddwy.” 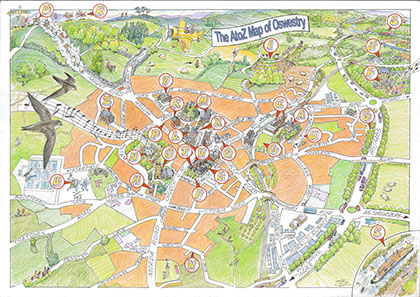 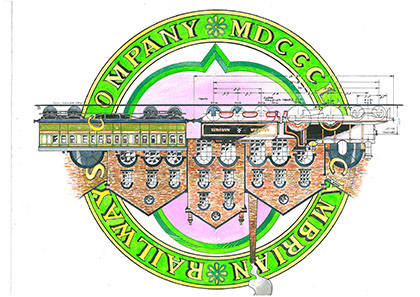 “My contributions to the A to Z of Oswestry project – where 26 local artists illustrated a letter of the alphabet to represent special parts of the town and surrounding area – were the C for Cambrian Railways and a swift’s eye view of Oswestry to highlight all the locations.” 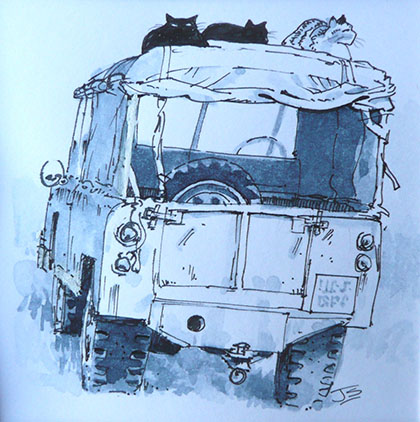 “When we moved to the Borders, our city cats, Wilber, Orville and Mrs Pratt, took to living up a mountain in their stride, finding the canvas roof of my brother’s Land Rover a good place to sun themselves.” 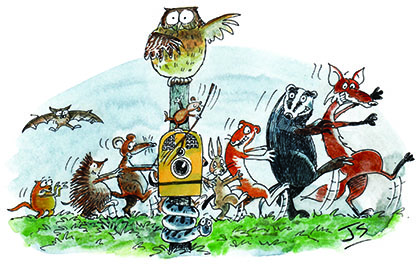 “This was a commission to accompany an article from Welsh Border Life columnist Black Sheep. The column was on installing a trail camera to pick up nocturnal animal action in the garden, then finding nothing on the memory card the next day. Wishful thinking is a useful mindset for the cartoonist, and you have to hope something like this was going on behind the camera. I’m sure it does!” 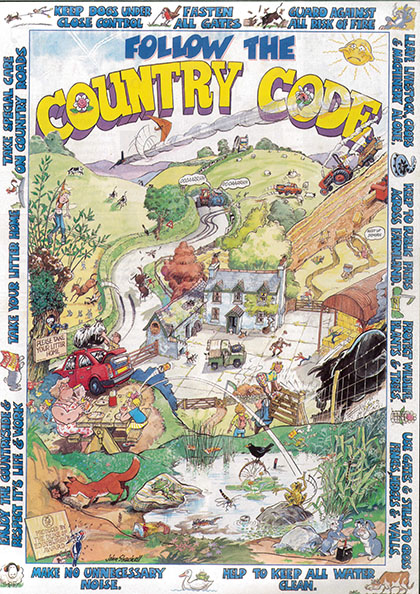 “This was the first of a series of large posters I did for the Duke of Edinburgh’s Award; it was followed by ones for mountain safety, watersports and expedition safety. The commission asked for a light-hearted approach, bordering on the surreal in places.”

More information
You can contact John on tel: 07985 783627 or via email: jvjshackell@hotmail.co.uk

The secret six - Putting aside money and getting it to work fo...

Jules' property predictions - The dramatic turnaround in the property ...

No place like Skomer - Skomer Island has now re-opened to visitors, ...

ESCAPE TO THE WOODS - We're all craving space after a year of Covid...