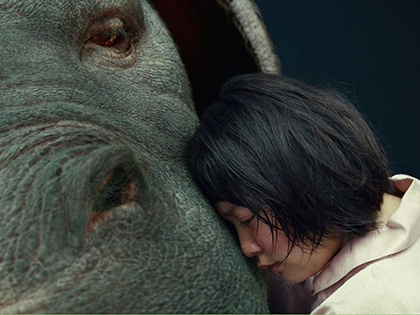 It may not be possible to replicate the magical experience of watching films at the cinema in the company of others, yet cooking up some popcorn, opening a beer or two and curling up on the sofa with your nearest and dearest can be the next best thing.

This is why Borderlines Film Festival, which has just come to an end after a successful 17-day run, will continue to bring film to the smart TVs, computers and tablets of Welsh Border residents.

In a bid to help us all stay entertained throughout the lockdown, Borderlines have partnered with streaming services to offer free movies and are also recommending other ways to get your movie fix over the next few weeks.

For instance, the festival has teamed up with streaming service MUBI, which has a rolling list of 30 unusual and interesting movies, from classics to new releases. A new film is premiered daily and subscribers to the Borderlines mailing list will have free access to the viewing platform until the end of June via a customised link. Subscribe to the newsletter at www.borderlinesfilmfestival.co.uk and access the offer at mubi.com/borderlines

The festival also recommends other distributors who are offering similar initiatives. Distributors Modern Films are inviting customers to watch The Perfect Candidate, the new feature film from Wadjda director Haifaa Al-Mansour, on their website www.modernfilms.com

While BFI Player is offering a free two week ‘try before you buy’ subscription, offering new customers access to a selection of classic and cult movies. Beyond that, it hosts a vast collection of archive films that are free for anyone to view. History buffs will love exploring their 120 years’ worth of films in the Britain on Film collection, where you can view films from the past about the area in which you live.  www.bfi.org.uk/news-opinion/news-bfi/lists/100-great-films-streaming-netflix-amazon-prime

For more ideas on how to make the most of the latest and classic movies at home, visit  www.borderlinesfilmfestival.org