Inspired by the Country: Matthew Haresnape 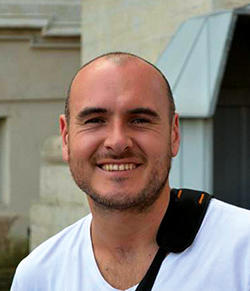 Brought up in the North Wales village of Acrefair, Matthew now lives in Whitchurch, Shropshire, with his wife Amy and their daughters Lola and Lottie. Four years ago Matthew launched Mad March Hares, a company selling gifts and homewares featuring his original countryside-inspired illustrations.

Top image: Robin Plate
“This illustration features on ceramics, textiles and prints. The vibrant colours are produced by silk screen printing the original watercolour. This British winter bird sums up Christmas for me.” 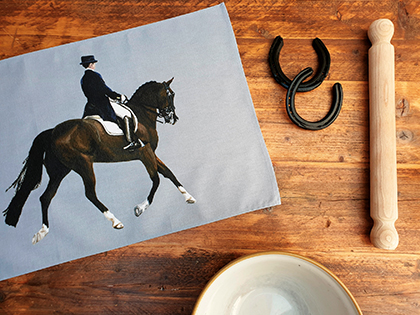 Equestrian Tea Towel
“Living on the Welsh Borders, near to Cheshire, there’s a strong interest in all things equestrian, and there are some famous local events too, such as Bolesworth International Horse Show. I love dressage and wanted to capture it in an illustration – this tea towel featured in the March 2020 issue of Welsh Border Life. The Horse Trust was one of the first charities I reached out to, and, as well as producing some exclusive designs for them, I also sponsor a few
of their horses.” 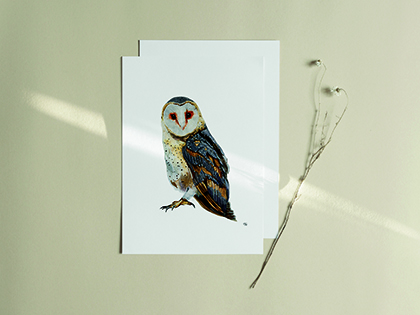 Barn Owl Print
“Growing up, there was a derelict farm down the road from where we lived. In the farm outbuildings there were always barn owls, so I used to see them all the time. My father loved birds of prey, and I think barn owls are particularly beautiful. I’ve approached the Barn Owl Trust to see if I can get involved with them. I want to support British wildlife in any way I can.” 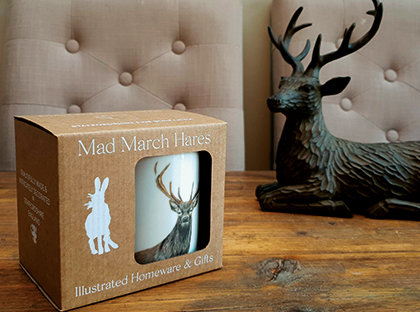 Highland Stag Mug
“The Highland stag is such a majestic and rare creature, I just had to draw it. Here’s my illustration on a fine bone china mug made in Staffordshire – most of my products are made or finished in the UK, and it’s my aim to have everything made over here eventually. The eco-friendly, recyclable packaging is my own design, too.” 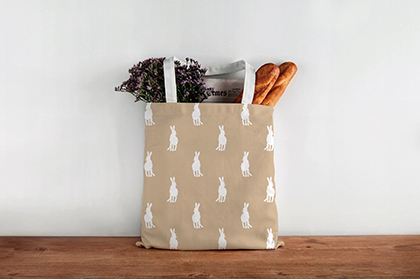 Hare Tote Bag (Wheat)
“When I was choosing a name for my company, I came across the phrase ‘mad as a March hare’ – it combined part of my surname (Haresnape) with the month my son Oscar was born, as well as one of my favourite British animals. That’s how ‘Mad March Hares’ came about. The first illustration I drew was a hare, which I adopted for my logo, as well as using to create this design with a repeating pattern of a white hare silhouette.”