Beef rib, easily. It’s amazing! We marinate the beef in miso and an intense beef glace, which almost cures it. We cook this in the water bather at 62.5°C for 48 hours and then press. We serve it with a reduced beef stock, a black garlic crumb and homemade kimchi.

NAME AN INGREDIENT YOU CAN’T LIVE WITHOUT

Koji. It’s the base of so many of my dishes. It gives the best umami flavour to a dish, and is the basis for most of our fermentation.

WHAT’S YOUR FAVOURITE DRINK ON THE MENU?

Nothing beats a cold pint on a summer’s night after a long shift. But I do love a Pinot Grigio with a plate of fish! We’re also looking at working on our own kombuchas (sweetened black or green tea drinks) to pair with dishes for people who don’t drink alcohol.

CAN YOU DESCRIBE THE RESTAURANT AND ITS AMBIENCE?

We’re a classical country house with calming décor, valley views and a stunning kitchen garden where we grow a lot of the produce that’s on the menu. The cocktail bar is a great place to relax next to the open fire. We’re working on a new cocktail list dedicated to all the celebrities who’ve stayed in the hotel, like Mick Jagger, for example. The restaurant’s deceptive though, as what you see around you is not what happens with the food. We punch flavour after flavour, to make it as intense as possible. The intention is to eventually have an 18-20 course menu of small plates of food. But for now we can settle for 13! 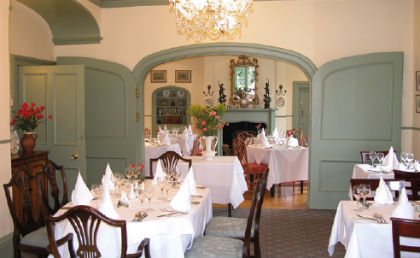 WHAT WOULD YOU MOST LIKE TO HEAR DINERS SAY ABOUT EATING IN YOUR RESTAURANT?

Honestly, I want to make them speechless about what they ate. I want them to say to friends, “you have to eat there”.

WHICH LOCAL PRODUCERS DO YOU SOURCE FROM?

I’m new to this area, so I’m still finding my feet when it comes to suppliers. I’m a passionate Welshman so I’m going to be using as much Welsh produce as I can, but with the border a stone’s throw away, I’d be silly not to get into Shropshire and Herefordshire, too.

WHAT’S YOUR STYLE OF COOKING?

I’m classically trained and my style of cooking is all about flavour – I want to produce food that stands out from the crowd. I’m influenced by Japanese culture and the cuisine of the Nordic regions, but I’m also deeply rooted in seasonality. My dishes are simple in their preparation and plating – a perfect marriage with the produce of Wales. 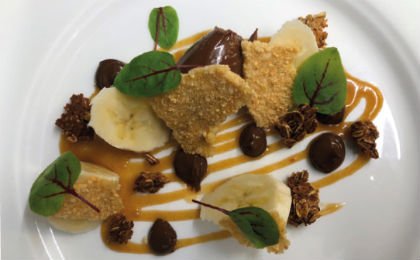 WHO’S THE MOST INTERESTING PERSON YOU’VE EVER COOKED FOR?

Famous chef Stephen Terry, a judge at the Welsh Skills Competition 2008, which I won. He offered me a job, too, but I was too happy in my current position and my daughter had just been born.

WHAT’S THE BEST COOKING ADVICE YOU’D GIVE TO AN AMATEUR CHEF?

Don’t be afraid of “stealing” a recipe and making it your own – the chef only made the dish, not the ingredients.

IF YOU COULD COOK FOR OR WITH ANY PERSON, WHO WOULD IT BE?

French chef, the late Paul Bocuse – the man who inspired modern cooking and competition, and a true hero among chefs. 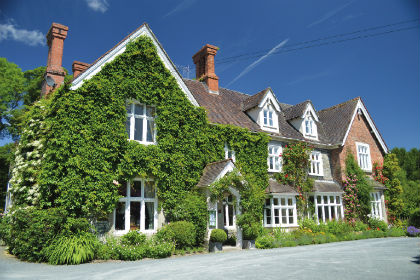 Huge food and drink discounts in Chester - With great deals of up to 50% off delicious m...

Meet the Chef: Hywel Griffith - Welsh waters and chatting to the diners feed ...

Meet the Chef: Adam Gaunt-Evans - After a career in Michelin kitchens and luxur...

A month of foodie delights - A Gower restaurant is celebrating a prestigio...