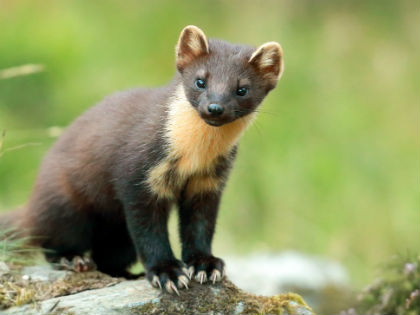 A group of 18 pine martens have been transported from Scotland and released in Gloucestershire's Forest of Dean to help curb the numbers of grey squirrels in the area.

The greys destroy young trees and have also been responsible for the destruction of the native red squirrel population. It's hoped the pine martens will eat the grey squirrels, reducing their population so reds may move back to the region.

Gloucestershire Wildlife Trust and Forestry England, who released the mammals, also hope this population of martens will join another group released in Mid Wales a few years ago. They plan to introduce around 20 more to the Forest of Dean in each of the next two years.

The pine marten was almost wiped out in the 19th century, and reintroducing them to the Welsh Borders is seen as vital to restoring the balance of the ecosystem.