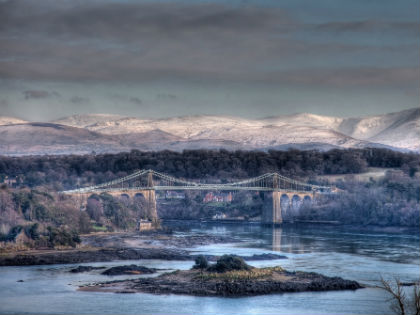 The decision to put a £13 billion Anglesey nuclear power plant scheme on hold has weakened the case for a third bridge to the island, admits Welsh economy minister Ken Skates.

Japanese firm Hitachi made the decision regarding the Wylfa Newydd project in January over funding issues, and last month the British Government suspended a planning decision for the scheme.

But Mr Skates told BBC News that there's still a strong case for another bridge and he hopes it can still be built as planned.

Construction for a third crossing of the Menai Strait was due to start in 2021. At the moment, both the Menai Suspension Bridge and the Britannia Bridge – the two structures currently linking Anglesey with the North Wales mainland – suffer congestion at peak times.

TripAdvisor thinks Welsh is Swedish - The review site tells one Welsh speaker it's ...

Win a stay in Vale of Glamorgan - Enjoy a night at The Fox and Hounds, Lla...