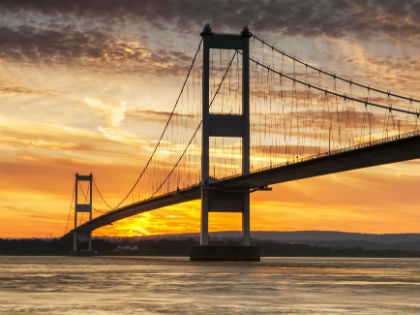 The Prince of Wales Bridge, which spans the River Severn, has seen an increase of 16 percent Wales-bound traffic since the tolls were lifted

Both bridges crossing the River Severn between England and Wales have seen an increase in traffic since the £5.60 westbound toll was stopped in December 2018.

Figures for the M48 Bridge aren't available because of technical difficulties with the counters, but Highways England say they typically saw around 19,000 vehicles crossing each day with the toll in place – a figure that's risen to around 25,000 since then.

Rotherwood Hereford Homes poised to win big - A message from our friends at Rotherwood......

Win an overnight stay... - …with dinner at The Riverside at Aymes...

The new iconic range in the Shropshire Hills - A message from our friends at Continental Fir...

Time to chat about renewable energy - ...