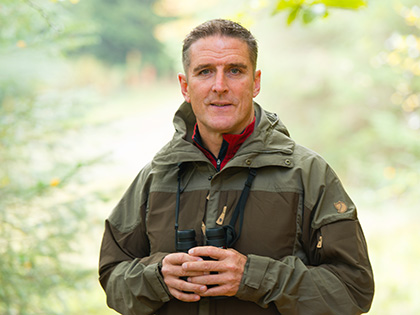 Iolo Williams recalls the times he saw this magnificent creature for himself...

The saddest news of the past few months was the demise of Wales’ only golden eagle. The bird, a huge female, had been living wild in the heart of Mid Wales for 12 years, but her body was recently found in a stream in the Abergwesyn valley.

I was fortunate enough to have seen and filmed her on several occasions, and I’ll never forget watching her display over an isolated valley near Tregaron in the vain hope of attracting a mate.

She’d been well received by local farmers and had become something of a local character, attracting tourists from miles away to an area that badly needed the cash boost.

I woud love to have seen her joined by a male but it was not to be. And with her passing, we’ve lost a link to the distant past.

Golden eagles bred widely in Wales throughout the ages of the powerful Welsh princes, and were still known to be nesting on some of Snowdonia’s remotest cliffs as late as the 17th – and possibly 18th – century.

With so much bird of prey persecution in places such as Yorkshire, the Pentland Hills and the Peak District, it’s unlikely golden eagles will recolonise Wales naturally, so I’ll have to console myself with the memories of this magnificent individual.

Iolo Williams is a regular contributor to Welsh Border Life magazine. His memories of the golden eagle form part of his latest column in our October issue, out now.

Iolo is back, in Welsh Border Life - From adders to Egyptian geese, it’s&nbs...

Iolo Williams - Lockdown is difficult for most of us, Iolo in...