Help save our seals by keeping your distance when on holiday

The sight of seals swimming in the sea is synonymous with our beautiful Welsh coastline, but our love of these adorable creatures is putting them in grave danger. Two seal pups have sadly been found dead on beaches in Ceredigion because tourists are getting too close and scaring the mothers away from their babies.

At the start of September a pup died near Llangrannog after its mother was frightened away by visitors taking selfies and another pup was found dead at Castell Bach near New Quay in the middle of the month.

Our grey seal population makes up over 40 percent of the entire world population, so wildlife groups are campaigning for more protection.

Pembrokeshire Marine Special Area of Conservation officer Sue Burton said this year had been a challenge.

"We've had a big influx of visitors and people who perhaps normally might have gone abroad to the Mediterranean, they are definitely coming here,” she says.

"Not everyone is aware of the needs of the local wildlife and some of these seal pups can actually be disturbed quite easily.

"The key thing is keep your distance, if you've got a dog keep it on a lead."

Female grey seals spend several weeks feeding their pups and losing up to 65kg in the process.

The pups drink two and a half litres of milk every day and pups can grow by as much as 30kg (4st 10lb) in two weeks. After a month or so, females leave their pups and head back out to sea. The pups can spend up to two weeks alone on the beach while they build up the courage and the right fur to enter the sea and learn to fish for themselves.

"Education is needed for people on paddle-boards and kayaks - we tell them to keep their distance from seals but then we get it in the neck - 'how dare you say that when we're on a quiet paddle-board and you're on a noisy boat' - but we know to watch our proximity and let the wildlife come to us.

"People all need to work together, educate and try and make people care. Some people just don't care. Public awareness needs to be raised so people are guilted into caring.”

It’s not just people on the beaches that are the culprits either, as drones are also scaring our Welsh wildlife, according to Gareth Richards from volunteer group Gower Seal Group.

“I've been doing a survey in Gower and the next thing you know a drone comes across and its flushed all the seals back into the water,” he says.

"I tried to look around for the flyer but a lot of this stuff is done remotely so they could be some distance away. You should never fly drones close to seals and the main thing is don't get too close."

He said he was planning to go into schools to educate children starting later this year.

If you are in a powered boat keep your speed below five knots on arrival and departure and stay at least 100m away.

If you find a white-coated pup on the beach alone, the chances are the mother is not too far away in the water - leave them there. Handling and transferring human smell may cause the mother to abandon it

If watching seals, get to a good vantage point on the cliffs above the beach but be quiet and discreet as even cliff-watching can disturb them

Pride of Wales - The slate mines of Gwynedd achieve worldwide ...

Rhayader on the storm - The beautiful town of Rhayader in Mid Wales i...

Fit for a princess - A company in mid Wales have made history afte... 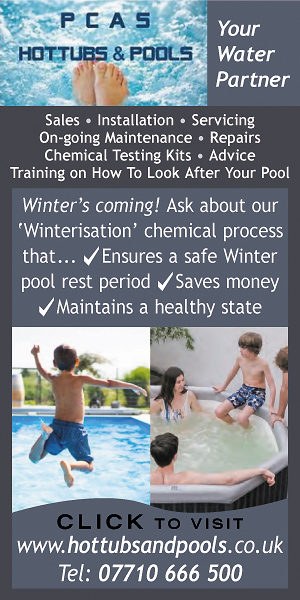