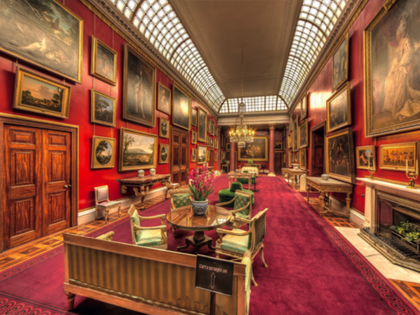 Located near the village of Atcham in Shropshire and centred around the confluence of the Rivers Severn and Tern, Attingham Park country house and estate was originally purchased by the Hill family – later the Lords Berwick – in 1700.

Today, the extensive parkland and gardens have Grade II-listed status; many of the buildings and other structures, including the stable block and walled garden, are similarly protected. The wider estate, too, is home to several scheduled ancient monuments: an Iron Age settlement and a significant part of the Roman town Viroconium.

Attingham has some 370 acres of woodland to wander around, plus ponds and about five miles of river, all of which is a haven for wildlife such as barn owls, buzzards, woodpeckers and bats, and all manner of fungi, plant and flower species. The park is also an important conservation site for veteran trees and designated as a Site of Special Scientific Interest due to it being home to many rare species of insect. And come late winter, the woods host the most amazing display of snowdrops that simply has to be seen to be appreciated.

Food and drink: Attingham has four eateries offering everything from food to eat on the go to afternoon tea in the Art Deco Lady Berwick's restaurant.

Dogs: Dogs are welcome at Attingham Park. There are both on-lead and off-lead zones throughout the grounds.

Opening Times: Open seven days a week in season. Park typically open from 8am-6pm; the mansion reopens for guided tours in March, then fully in April. Facilities have their own opening hours. Check website for precise dates and times.

Grade I-listed, the core of the mansion house at Attingham was built in 1785 by George Steuart on the site of an earlier building called Tern Hall. Later additions were made, including the striking but awed picture gallery designed by John Nash, which five years ago underwent extensive restoration.

“Nash used new and revolutionary techniques to build the gallery, but unfortunately the roof leaked from day one,” confides Catherine Turnbull, engagement and conservation manager at Attingham. “This caused problems not only to the contents of the gallery but to the infrastructure of the building.

“The new structure covers the entire expanse of the historic roof. This stops all water ingress and it also means we can monitor and manage the conditions internally. We also refurbished and restored the interior and now the picture gallery hosts all the paintings hung on the walls with all the furniture back in. It looks stunning!”

As if there isn’t enough to see and do, Attingham also stages many events, including the ever-popular outdoor theatre performances and even deer feeding. Check the website for details.

For further information, including precise opening dates and times, tel: 01743 708123 or visit www.nationaltrust.org.uk/attingham-park

Qube at Christmas - The Welsh border charity that puts its art in...

Perfect Penrhos - A beautiful park on Anglesey has been voted t...

Riding high - Step back to simpler times and enjoy a majest...

Coastal haven - Head to Fishguard and Goodwick, where fine co...

Step into Christmas - A visit to one of Wales’ National Trust... 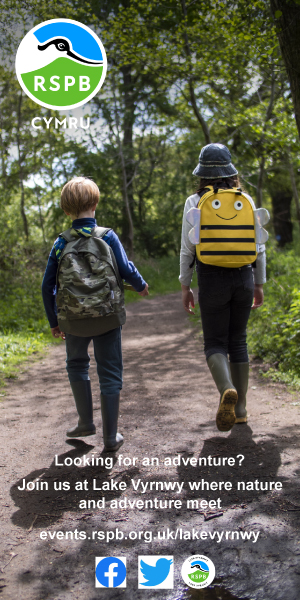