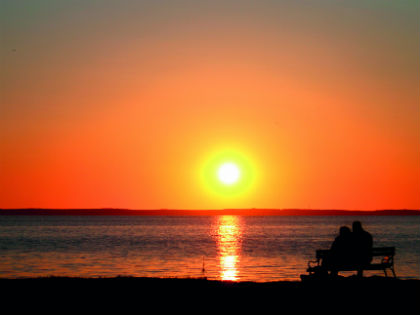 What better way to celebrate St Dwynwen’s Day and Valentine’s Day than with a trip to one of these romantic and secluded hideaways on the Welsh coast? 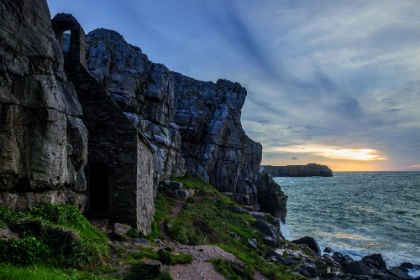 The story goes that a travelling hermit called Govan was set upon by pirates but managed to escape by hiding in a tiny cleft in the limestone cliffs, where he eventually established his pocket-sized place of worship. It’s said that if you count the steps down to the chapel and back up again, the number will never be the same. To make a day of it, you can explore the nearby Stackpole Estate with its beautiful lily ponds and the wonderful Barafundle Bay, before rounding off your visit with tea at the well-known Ye Olde Worlde Cafe at Bosherston village. 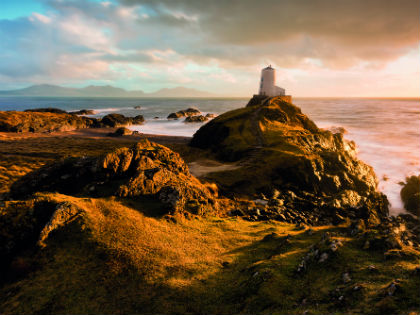 The legendary home of St Dwynwen, Wales’ patron saint of lovers, is a must for anyone seeking romantic spots on our coastline. This small tidal island is connected to the Isle of Anglesey by a neck of sand known as Gwddw Llanddwyn, and is astonishingly rich in wildlife, geology, history and folklore. At the islet’s centre stands the lonely ruins of a church reputedly established by Dwynwen, a fi fth-century love-struck beauty who retreated from the world and spent her remaining years in religious seclusion. 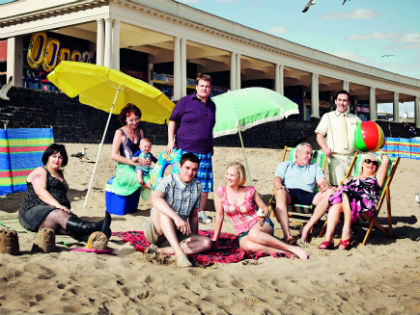 Some might wonder why Barry Island’s Whitmore Bay, once famous as a Butlin’s holiday camp, has made a list of the Welsh coast’s most romantic spots. But for any fan of the BBC sitcom Gavin and Stacey, such a roundup wouldn’t be complete without it. This stretch of golden sands was the backdrop to the unconventional but heartwarming love story between a boy from Essex and a girl from South Wales, which put Barry Island on the map when it fi rst hit our screens back in 2007. Once you’ve made your pilgrimage to the spots made famous by the modern-day Romeo and Juliet, and their friends Nessa and Smithy – played by Ruth Jones and James Corden – why not fi nd out what’s occurin’ elsewhere in the town, from Trinity Street, where Stacey’s mum Gwen and uncle Bryn (Rob Brydon) lived, to the arcade that was home to Nessa’s Slots.

For plenty more ideas for romantic places to take your loved one on the Welsh coast, see the January issue of Welsh Coastal Life magazine.