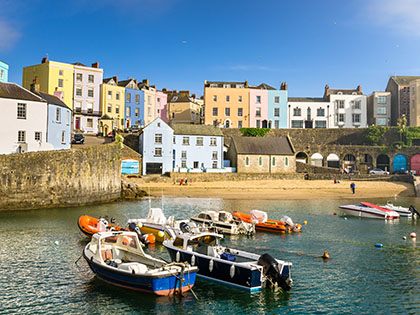 Many of the town’s festive events might be on hiatus this year, but the already stunning pastel-coloured streets will gleaming in the long evenings as Christmas lights adorn the old town.

The famous beaches that attract so many during the summer will be largely deserted, save for a few locals who know their dogs are allowed to run freely at this time of year. The iconic view of the harbour and St Catherine’s Island has gone nowhere. 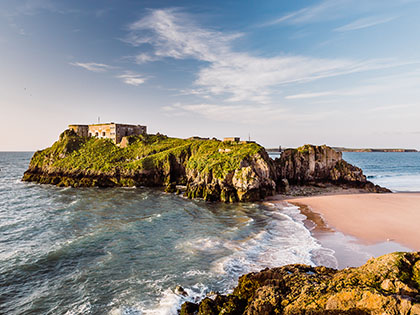 And many of the bars, cafes, restaurants and shops that help make Tenby a vibrant place year-round will also be welcoming you in, all being well, to escape the cold with a mug, bowl or plate of something hot and delicious.

Although it’s the beaches that attract the masses over the summer (we’ll come to those in a minute), it’s the town itself that provides the charm.

The Croft is a good street from which to enjoy the classic view of the harbour, with the colourful townhouses that overlook it. These colours continue along the streets and alleyways in the town centre, and will be enhanced at this time of year by the festive lights, and the Christmas tree that stands proud in Tudor Square.

Two real features of Tenby are its medieval castle and town walls. And despite being largely destroyed over many hundreds of years, they’re more than worth exploring on foot. 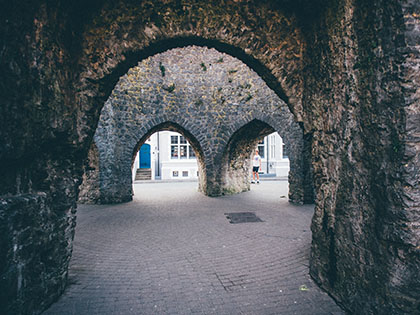 The 13th-century fort is situated on a headland behind the harbour with views over all of the town’s beaches and to Caldey Island. There are a few isolated remains, including one wall with arrow slits, but the building is thought to have been in disrepair as early as the 14th century.

There are more substantial remains of the walls, which were also constructed in the 13th century. The best-preserved section is along South Parade and St Florence Parade. Five Arches Gate is the only one of four to have survived, while six of the probable 24 towers are still intact.

You’ll find many of the town’s shops will join in the festive fun, and there’s the chance to pick up something rather special while you’re wandering through the streets.

Not many towns can boast two stunning sandy beaches on its doorstep. And neither can Tenby, because it actually has three! The huge expanses of the unimaginatively-named North Beach and South Beach provide all the space you and your pooch could possibly need to unleash your energy on a fresh winter’s day. 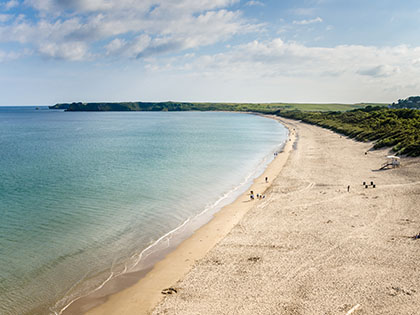 From North Beach you can see the harbour, plus the two RNLI lifeboat stations – the old one, with its red roof, that’s now been turned into a house; and the new one just beyond it. South Beach, meanwhile, is backed by dunes at its southern end and you can see Caldey Island and Giltar Point from the sands. Sandwiched between the two is Castle Beach – a hugely popular family bay where the tidal St Catherine’s Island stands proudly just offshore.

There’s a fantastic walk from Tenby that follows the coastline north to the beachside village of Saundersfoot.  It involves clifftop paths that dip in and out of wooded valleys, with a particularly fine view from the headland at Monkstone Point. Once in Saundersfoot, there’s a good selection of places to shop and grab a bite to eat, including Coast Saundersfoot (tel: 01834 810800; www.coastsaundersfoot.co.uk), a restaurant overlooking the sands of Coppet Hall.

There are more delightful beaches in the area too, including Lydstep Haven, Skrinkle Haven and Manorbier Bay to the south (there’s also a Norman castle at Manorbier: www.manorbiercastle.co.uk).

The small market town of Narberth is also just a short drive away and has developed a real name for itself for independent shops that’ll help you get that special gift for someone.

First past the post - Chester racecourse hopes to be the first in t...

The wonder of wool - We may not be able to enjoy venturing out for...

Picton Castle re-opens its doors - After the gardens of this magical place opene...

Picton Castle reopens its gates - One of Pembrokeshire's top attractions is up ...