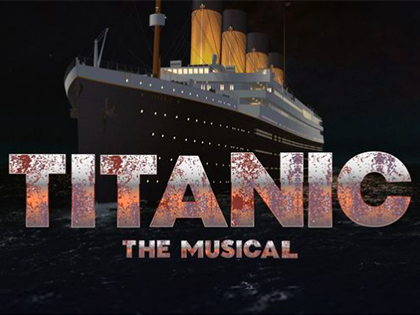 We never seem to tire of the incredible story of the sinking of the Titanic and this February, the tragic tale is coming to Theatre Severn in Shrewsbury.

Based on real people aboard the most legendary ship in the world, Titanic The Musical is a stirring production focusing on the hopes, dreams and aspirations of her passengers. Each one boarded on the liner's maiden voyage from Southampton to New York, not realising the unsinkabke ship would collide with an iceberg and end up at the bottom of the ocean. It was one of the most tragic disasters of the 20th Century where 1517 men, women and children lost their live

Third Class immigrants dream of a better life in America, the Second Class imagine they too can join the lifestyles of the rich and famous, whilst the millionaire Barons of the First Class anticipate legacies lasting forever.

With music and lyrics by Maury Yeston and the script by Peter Stone, the pair have collectively won an Academy Award, an Emmy Award, an Olivier Award and three Tony awards. The original Broadway production of Titanic The Musical won five Tony Awards including Best Musical, Best Score and Best Book.
Performed by multi award winning theatre company Get Your Wigle On, this production will feature a large cast, fabulous live orchestra and gorgeous costumes.
Prices from £18 and not recommended for children under eight years old. www.theatresevern.co.uk

Rockers return - Anglo-Welsh rockers The Crisis are set to ret...

Ooooh! Aaaah! - Step back in time this Guy Fawkes night at th...

Creative county - Herefordshire will be a haven for artists and...

It's behind you - Beauty and the Beast, like you've never seen ...

Telford is the Place to be - Head to Telford this summer for a packed seas...